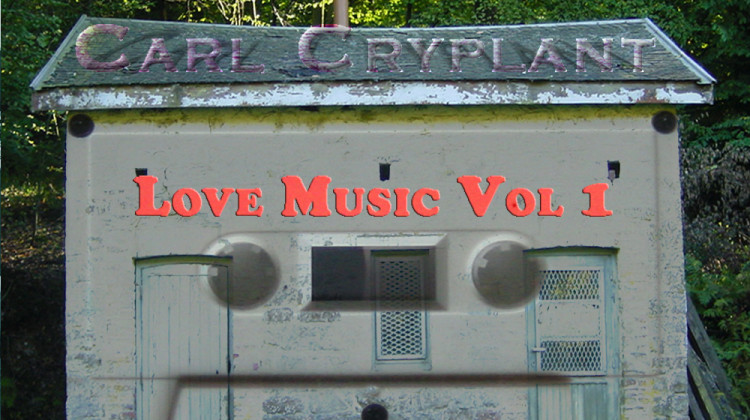 As promised I’m sending you a little report from my first date through your services.

I have not so long adhered to your outstanding services, but lately I had gotten so much involved with chatting on the internet and that is how I got involved. I am a devout Christian man, 47 years of age and have lived all my life with my mother in the town of Ypres (pronounced ‘wipers’) in Belgium. I work as a bio-acoustic medical scientist at the university of Verdun in the north of France. That’s where – strictly for scientific reasons – I got involved with the internet. As my speciality is bio-acoustic medicine, I research the effect of frequencies on the human body in order to relieve chronic pain patients of their continuous bouts of pain and misery, also often causing severe moodswings and depression. Anyway, more or less by accident I stumbled onto a frequency in the range of 33hz, which apparently makes women moist. Not daring to draw the experiment further with my assistent Holly, a striking black-haired young women of about half my age, I went upon discussing my discovery in some of the – I must say seedier – so-called chat-rooms on the internet. Not really to my surprise, quite a few women got thrilled by the idea, so I tried several times to get them as far as to comply to some of my experiments in real life. At the point of making a realtime appointment, that’s usually where things went astray. Either they were living on the other end of the planet, or – more often – they would make a fool out of me when I finally found the courage to telephone them. So then I got involved with your services. I must say that I also got kinda worried about my life not being normal anymore, living with my mother at such age and so on. I had already noticed some guys smirking at me in the university diner, and at a certain point, an unidentified fellow worker must have smuggled a so-called “english rubber” into my lunchbox, causing great hilarity in the university canteen. This just to say, Mrs Rhonda, that my intentions to make use of your services were absolutely sincere and true to the heart.

I must say I was surprised that you actually fitted me with a date so soon. And even more was I thrilled by the fact that we were to meet at the “Ol’Floorboard” tavern because I’ve been acquainted with square dancing already since when I was a little toddler. So this very friday night I arranged for my mother to go visit auntie Violet, and prepared my technical setup to welcome my date. I had prepared some fine remix cassette-tapes to play on my boombox in order to generate the necessary sounds for the test subject to respond, who would then lovingly embrace me, kiss me and spontaneously undress, and we would then make love all night in the most unseen manners before. Yes! This would be the night.

I got at the “Ol’Floorboard” really well in time because I wanted to make sure to pick a nice table for – perhaps – after all meeting the love of my life. As I entered the tavern on or around 19.30hrs, I accidently bumped into an olive-drab dressed punk who grumbled “You can FUCK that FRONT part of yours”, which I presume to be a misunderstanding on my part. In the hassle he dropped a parcel that I still tried to hand back but he madly ran away into the night, still furious. I looked at the parcel and saw it was a CD. It had written “Shitty Disco Bum” on it. As I was still gazing to the weird lettering on the CD, a waitress showed up asking me what I wanted to drink. I was still a little disheveled, which she must have noticed because she asked me what the CD was about then. I said I didn’t know, but I would have liked to get a large dark beer. “Allright then” she said and grabbed the CD from my hand “let’s hear how good a disco singer you are then!”. I smiled sheepishly as she took the CD with her and popped it into the player behind the bar. I was pretty tired from all days’ work at the university, and still a bit shook up by all the action I got involved in, just within minutes, so I took advantage of the booths on the side of the tavern and nested myself in one of them. I made sure to choose one from where I could keep an eye on the door, not to miss the moment when finally my date would enter and my heart most probably would skip a beat. I sighted and smiled to myself. While the waitress brought my beer, the music was starting up with basically some whining noises and the sound of a guy moaning or so. Hopefully nobody had noticed the waitress pulling the CD from my hands. Now, the music in the tavern was rather loud, not horribly so, but it was loud. Especially the bass. The whole booth was vibrating and I could see some gushes of foam from my beer spatting onto the table. I drank quickly not to make a huge mess on the table and inside the booth by the time the love of my life would arrive. The sound was kind of soothing in a way, I felt the tiredness float from my body. For a bit. Then I realized that I was really burpy and gassy. The bass was actually jump-starting my insides. Honest, Mrs Rhonda, I couldn’t stop burping and farting. It felt as if they used solenoids in a flexible floor to produce the sound sensations I felt. I could distinctively feel a low frequency vibration which, while reproduced at such sufficient volume, resonated with the depths of my human digestive tract to cause what we – medical personnel – call “involuntary gastro-intestinal motility”. Put in less technical terms, the music precipitated a loss of sphincter control, giving rise to immediate defecation. Oh my God, in a flash I remembered I had put on a pair of crème trousers! There was no other way than to leave the tavern immediately, if all went well within seconds of my date arriving, which could be anytime now. I struggled out of the booth, left some money on the table and directed towards the exit with my head covered deep into my collar. Alas, the door opened and I saw the most beautiful striking pair of legs in high heeled pumps enter the tavern. Slightly panicking I looked up to see a pair of pink tulips – the sign we had agreed upon so I would recognize her. While a burbling warm liquid manifestly was finding its way down the back of my leg I gasped and locked my buttocks in a final effort to make it to the door. I rushed outside while in a flash catching – at least for a split second – the face of the love of my life. All Mighty! It was Holly!

Well Mrs Rhonda, need I to tell you that the bike-ride home was a real torture? Not only was my bum all slippery from the dark beer that had willingly found its way out due to the frequencies of that devilish music, my mind was in total distress because how was I ever going to face Holly, who could have been the love of my life, this next monday in the laboratory? In a way luckily my mother finally hadn’t gone to visit auntie Violet and when she saw – and probably smelled – me coming in, she didn’t spoke a word and directed me to the bathroom. There she undressed me and while I stood slightly bent over in the tub she poured hot water over my back and washed off the oily, somewhat crusted substance from between my legs, still not saying a word. Then she rubbed me with a somewhat rough towel and handed me a clean nightdress and left the room. I drank half a glass of water, went up to my room and got into bed immediately. I lay awake for a long, long time, muffling the tears in my pillow….