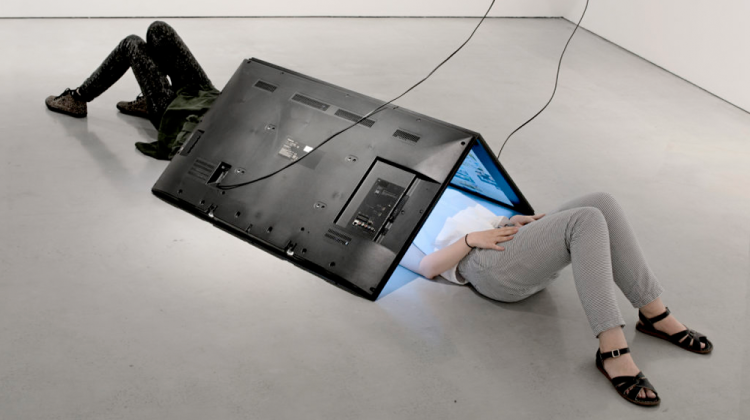 V2_, Lab for the Unstable Media and Haperende Mens are proud to present ‘For Internet Use Only’, by artists Eva and Franco Mattes, in the context of Haperende Mens’ Spider, Spit and Broken Bells – Traces of the Sacred Festival 2017/18.

Exploring the theme of the Sacred from a multi-disciplinary perspective, HM Festival 2017/18 focuses on the potential of performativity and transgression as means to unsettle physical/virtual biases in the context of an ever-increasing technologically mediated culture.

‘For Internet Use Only’ is a performance where a live stream of the artists’ computer desktop is projected in the gallery for 48 minutes, turning the audience into voyeurs of the everyday. This ‘Digital Intimacy’ highlights the contradictory logic of this hypermediated space, where everything is both a private activity and public performance. While this engagement is playfully subversive, its implications are chillingly real against a backdrop where our data is increasingly mined, owned, sold and surveilled.

The special digital performance ‘For Internet Use Only’ will take place on Friday January 12th at V2_. And the exhibition as a whole will be from Friday 12 to Sunday 14 January also to be seen at V2_ during Spider, Spit and Broken Bells.