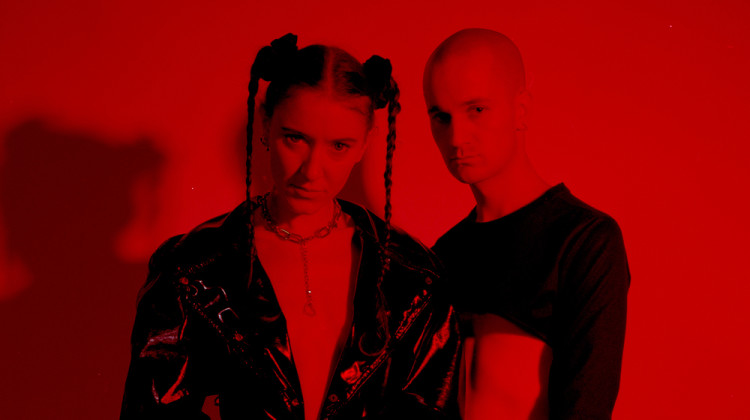 Taking its title from a masochistic practice, Total Power Exchange refers to a sexual relationship or activity in which there is the submissive and the master – the control filters down to all aspects of the submissive’s life and existence – which can also be taken as metaphor for socio-political control. NAKED live up to every letter of that premise, subjecting the listener to a barrage of unpleasantries/ecstasies in the destructive maul of “Unleash Me”, then drowning them like “Yellow Tears” in the cistern with the paso-doble flashcore battery of “Spit”, before sousing ears with incendiary sonics in “Disease”, and obliterating the senses via tirade of blastbeats and unrepentant squall in Whip.

NAKED’s live performance is an integral part of their practice – it penetrates, caresses and obliterates all senses. Raw, primordial and uncontrolled, yet ephemeral and highly emotional, their live presence is characterised by the extremity of vocal and sonic deliveries, Agnes’ confrontational destruction of the boundaries between performer and audience, lighting capable of inducing altered states of consciousness, olfactory interventions, and raw power electronics.

This year saw NAKED release two new music videos and an alternative national anthem for DAZED which followed the release of their debut album Zone and a collaboration with Mykki Blanco. They have performed at Unsound Festival, City Hall in London for the Serpentine Galleries, SXSW, RBMA and Cafe OTO and are set to announce their first live dates in Asia.