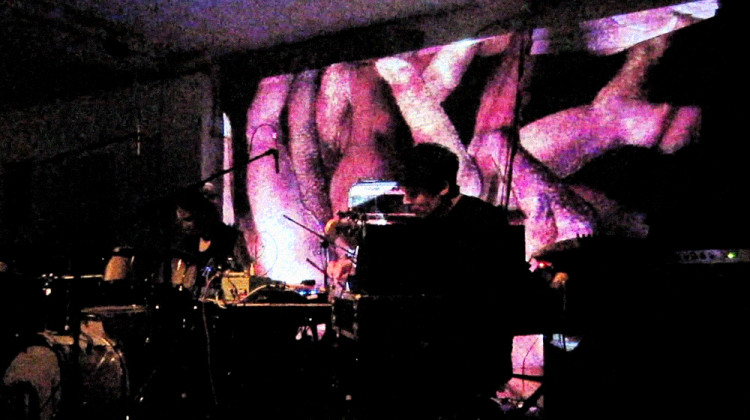 The London based improvisation duo Tomaga has established itself amongst Europe’s most interesting experimental acts of the last years. Percussionist Valentina Magaletti (now also in UUUU) and bass player / electronicist Tom Relleen have been working together o.a. with French mecano musician Pierre Bastien and releasing numerous albums.

Their latest project focuses on a new live soundtrack for Kenneth Anger’s movie Lucifer Rising from 1972. Lucifer Rising is regarded as a cult classic in the genre of occult film, with numerous magickal symbols and allegories, ranging from ancient Egypt to Aleister Crowley’s Thelema. After a vaulted soundtrack for the film by Bobby Beausoleil (Manson Family) and a later official soundtrack by Jimmy Page (Led Zeppelin), Tomaga takes on the soundtrack into the next century. A special screening of the film with live-soundtrack will take place on the Saturday of Spider, Spit and Broken Bells. Don’t miss this!