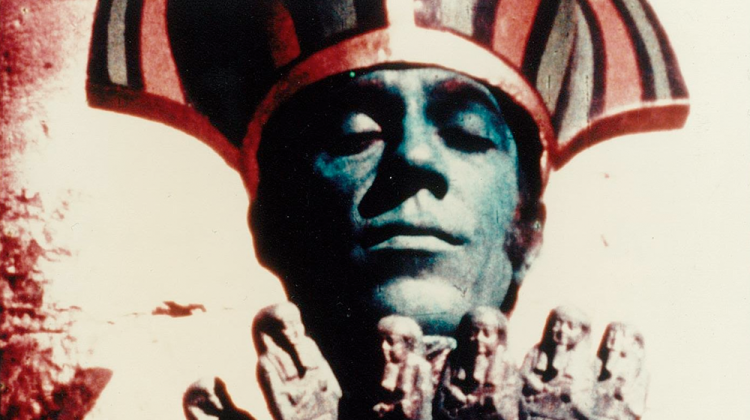 During Spider, Spit and Broken Bells there will be an extensive film programme.Amongst the titles, we are very proud to present a Dutch premiere of the documentary Bight of the Twin, starring Genesis BREYER P-ORRIDGE and investigating Voudoun rites against the backdrop of Western secular art and performance. Together with screenings of the award nominated feature film Busters Mal Heart, Imagine Film Festival artistic director Chris Oosterom will present the mesmerizing art-film Leviathan by Véréna Paravel and Lucien Castaing-Taylor and an exciting selection of shorts.

Below you can find the selection of the films, their description and time of screening:

by Véréna Paravel
and Lucien Castaing-Taylor

Paravel and Castaing-Taylor create meditative, trance-like “non-narrative epics” into unseen and alien aspects of our environments. Their Leviathan is a vertigo-inducing study of the human relationship to the sea. The film evokes mythologies of the sea, while also addressing urgent contemporary concerns regarding the place of the human in the cosmos.

A documentary film that will take viewers to Ouidah, Benin, the geographic heart of the Vodoun religion, to explore the relationship between Vodoun and Western secular art and performance by trying to answer the question of what embodiment is. An experimental visual and musical journey that weaves a narrative from disparate worlds. The sonic landscapes is built through using tracks by COUM TRANSMISSIONS, THROBBING GRISTLE, PTV and DJM[REX.

With a new live soundtrack by Tomaga (UK)

The cult classic with numerous magical symbols and allegories, ranging from ancient Egypt to Aleister Crowley’s Thelema will be accompanied by the London based improvisation duo Tomaga which created a new live soundtrack for the film.

The first feature film from accomplished short filmmaker Kate Shenton, On Tender Hooks is a documentary film delving into the world of human suspension and the people involved. She spent a year following a different people and group of suspenders. Every Sunday they pierce themselves with hooks and hang in mid-air from rigs in a display that challenges the perceptions and squeamishness of even the most hardened. The film is a fly on the wall documentary showing how the ordinary human body can achieve extraordinary things. The film depicts a wide variety of experience and opinions, and delves thoughtfully into a deeply misunderstood practice

Enigmatic thriller about paranoia and loss of identity, Buster’s Mal Heart is a psychological brainteaser with Lynchian touches. Buster occupies vacant holiday homes, which he leaves in perfect order without stealing anything. In a former life he was Jonah, a night clerk in a remote hotel. One day an unknown man walks in. He warns Jonah about society and the dangers of the upcoming year 2000. Buster’s Mal Heart revolves around the mystery of how Jonah became Buster and the more we find out, the more the boundaries between dream, delusion and reality start to blur.